From our base at the airfield west of Munich we fly directly to the city until we hit the Autobahn A96. We follow it until we reach the river Isar, flowing through Munich. At this point we have seen some western areas of the city like Pasing, the Westpark or the Theresienwiese with the famous Bavaria Statue. The Theresienwiese is home of the Octoberfest starting every year in September, but ending the first weekend in October. 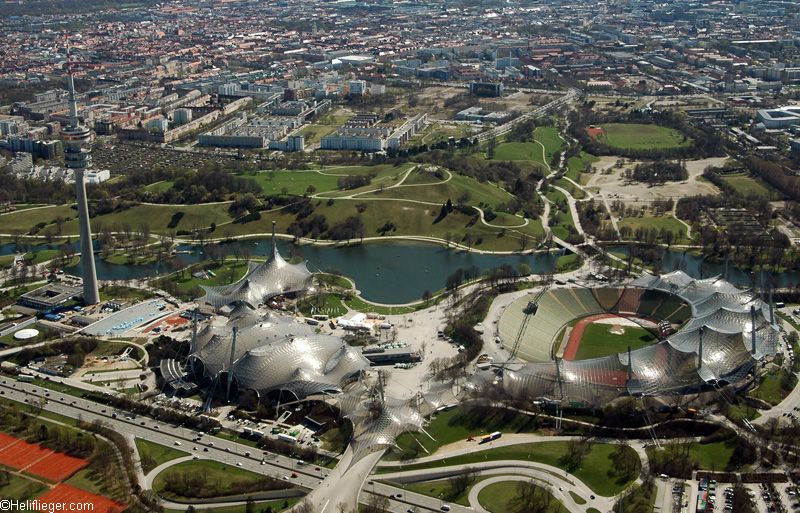 We turn left and follow the Isar north and fly over the German Museum, the Bavarian Government and see Munich oldtown with City Hall, Marienplatz, Frauenkirche and English Gardens to name a few. We fly up to the Allianz Arena, Munich’s famous soccer stadium and home of the FC Bayern, the German League Champion and also home of 1860 Munich, the second soccerclub of Munich. From here we may be able to see Munich International Airport. We turn west to see BMW global headquarters, Olympic Village, stadium and tower and Nymphenburg Castle including park and Botanical Gardens next to it. Note how large this park is. We continue to go west and pass the former Fuerstenfeldbruck military airfield having a sad history during the Olympic games of 1972.

Buy tickets for this tour at our webstore